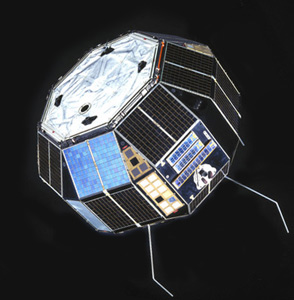 Roger J A Duthie M0RJA and the team are carrying out further attempts to reactivate Prospero, the United Kingdom’s first satellite launched on a UK-built rocket, Black Arrow, on October 28, 1971.

The team now have an AMSAT-UK FUNcube Dongle (FCD) VHF/UHF Software Defined Radio to receive Prospero on 137.560 MHz and use an Icom IC-746 tranceiver on transmit commands to the satellite.

Because the frequency is now used by a number of Orbcomm satellites it can be difficult to identify the Prospero X-3 signal. The intention is to switch the satellite on and off by making commanding attempts and listening for a response in the RF carrier to indicate that Prospero is indeed still in some sort of working condition.

It is hoped Amateur Radio operators will be able to provide recordings of the signals on 137.560 MHz.

For further information check the Prospero X-3 blog and the AMSAT bulletin board.