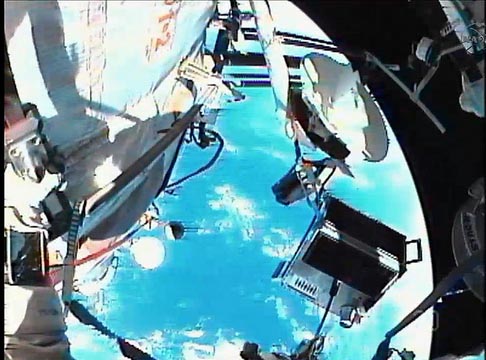 The Chicken Little Contest received 77 entries from 17 different countries, and all continents except Antarctica.

Based on comments sent along with the submissions, a wide variety of techniques were used. These ranged from detailed calculations, to comparisons with past satellites, to guesses based on birthdays.

The winners in each category are:

Cora, KK4ECV and Thomas, HB9SKA were both within 15 hours of the
best data we have from Space Track: approximately 0700 on 4 January 2012, in the South Atlantic.

All three winners have received an appropriate Chicken Little Certificate, and the congratulations of the ARISSat-1/KEDR Team. Thanks go to all those who entered, and especially educators who worked with students.

Winners of the ARISSat-1/KEDR Grab the Last Telemetry Contest.

Thanks to the dedication of stations around the world, a nearly steady stream of digital telemetry reports were received in the final days from ARISSat-1/KEDR:

Many other reports were received from stations copying the voice, SSTV, and telemetry transmissions, as well as some contacts through the transponder.

The final digital data received was copied by both JA8TCH, Mori Seiji, Sapporo City, Japan, and JA0CAW, Tetsurou Satou, Niigata City, Japan.
It was received at 06:02:14, 4 January, 2012, less than an hour before the estimated point of loss in the South Atlantic.
Their data, combined with the submissions of many others, constitutes the most comprehensive coverage of the reentry of any amateur satellite.

JA8TCH and JA0CAW will receive a certificate for their achievement. They and all who submitted telemetry throughout the ARISSat-1/KEDR mission have the thanks of the entire team.