Erin King AK4JG, a 17-year-old from Columbus, Georgia, was named Amateur Radio Newsline’s Young Ham of the Year for 2012. She re-founded her high school’s radio club and then built a ham radio-carrying balloon that got to 91,000 feet (27.7 km), recovered the flight data and used it to produce a truly striking video of the flight.

She’s just starting her Freshman year at MIT. Yes, she’s exceptional, but she exhibits the qualities we like to see in every young ham.

In this video she is interviewed by Gary Pearce KN4AQ at the Huntsville Hamfest.

Episode 17 of HamRadioNow starts with Erin accepting her award at the Huntsville Hamfest, and continues with an in-depth interview. 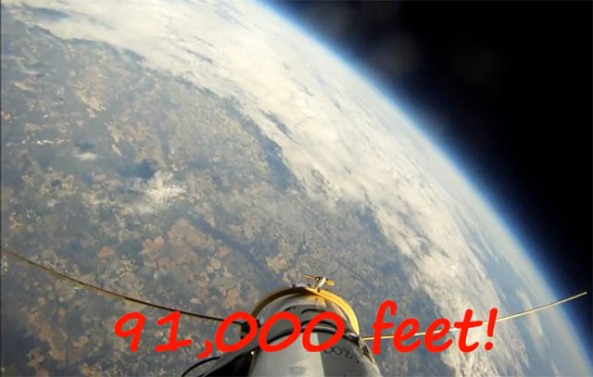