The Space Adventures agency has confirmed that Phantom of the Opera star Sarah Brightman has signed an agreement with the Russian Space Agency and secured herself a space trip in 2015.

Brightman will become the next private spacefarer to the ISS following Cirque du Soleil founder Guy Laliberte who traveled into space in 2009.

“All legal matters have been settled,” the Space Adventures agency said in a statement.

Last month the singer told Russian Trud newspaper she will also have to learn some Russian before her space trip to be able to communicate with the crew. 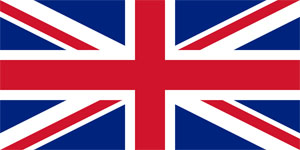 Two months ago the singer was cleared to fly by the medical commission and began her training at Russia’s Cosmonaut Training Centre outside Moscow.

“I wish some alien would kidnap me,” the singer who was once married to composer Andrew Lloyd Webber and starred in the original “The Phantom of the Opera” productions said in October.

The Russian Space Agency did not disclose any details of the contract with Brightman, who will join professional cosmonauts on a Russian Soyuz mission to the international space station in three years time

Sarah Brightman’s hits in the 1970’s included “I Lost My Heart to a Starship Trooper” and “Love in a UFO”.

In 2012 in conjunction with Virgin Galactic, The Brightman STEM Scholarship program (science, technology, engineering, and mathematics) was launched. It will help young women in the US pursue STEM education across their four year college careers.

Our thanks to Andy, G0SFJ for spotting this item