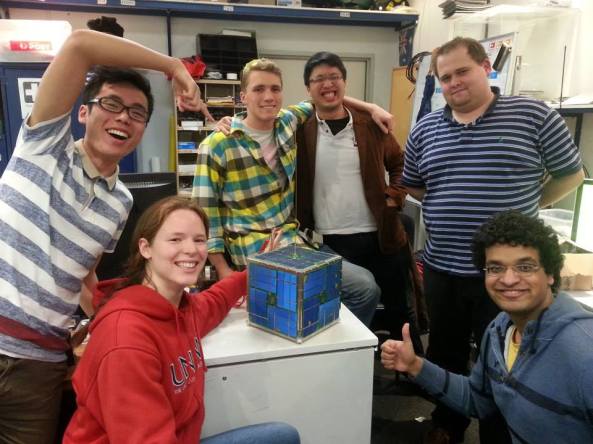 The Daily Advertiser newspaper reports the University of New South Wales (UNSW) undergraduate amateur radio satellite project has been given the tick of approval to have a stratospheric balloon test flight in Wagga.

The Basic Low Earth Orbit UNSW Experimental Satellite, better known as BLUEsat, will undergo a test flight in April ahead of its launch into space.

BLUEsat, a 260mm cube weighing around 13 kilograms, will carry a flight computer with transmissions to include a beacon and amateur packet radio using the AX.25 packet radio protocol in a “mode J” VHF/UHF configuration.

Once in orbit BLUEsat will be a digital amateur radio satellite, which means that voice and data files can be uploaded to it by any amateur radio operator in the world over which the satellite passes.