The OSSI-1 CubeSat lifted off on a Soyuz-2-1a with the research satellite Bion-M1 from Launch Complex 31 at Baikonur in Kazakhstan on Friday, April 19 at 1000 UT and was deployed from the Pod mounted on top of Bion-M1 at 1615 UT.

Korean artist and radio amateur Hojun Song DS1SBO has spent 7 years developing his Open Source Satellite Initiative satellite OSSI-1. He has designed and built it from scratch using readily available components rather than expensive space qualified hardware. The launch was the most expensive part of the project costing $100,000. 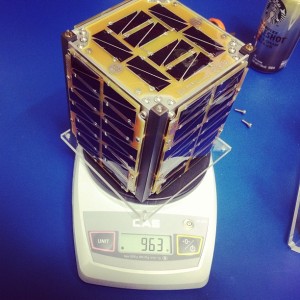 OSSI-1 launched on April 19, 2013 on a Soyuz-2-1b rocket from the Baikonur launch facility in Kazakhstan along with the Bion-M1, SOMP, BEESAT 2, BEESAT 3 and Dove-2 satellites.

The OSSI telemetry data format spreadsheet can be seen at https://docs.google.com/spreadsheet/ccc?key=0AjtQ6cJ4QOqJdGpHNnRtUWZJV0w4TTFKRU9WYTZqc3c#gid=5 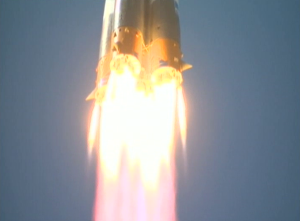 The Korean national amateur radio society KARL described the OSSI-1 CubeSat in their report to the International Amateur Radio Union Region 3 Triennial conference which was held in Viet Nam in 2012. Read the report at http://www.iaru-r3.org/15r3c/docs/019.doc

Hojun Song DS1SBO visited London to give a well received presentation on his CubeSat at the WIRED 2012 event
https://amsat-uk.org/2012/10/24/cubesat-developer-hojun-song-to-attend-wired-2012-london/