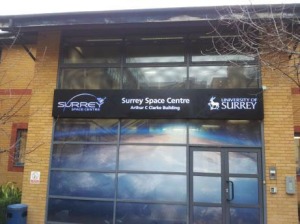 The blog aims to provide open access to SSC research output by sharing pre-print copies of  publications. Each article is presented in its own, individual post, and SSC encourage visitors to comment and provide feedback on their work. This two-way process of sharing will provide their research staff with robust feedback on the work, complimenting reviewer feedback. In return, visitors are able to access our latest research accomplishments,  many months before becoming accessible through journals or conference proceedings.

Situated in Guildford, UK, the Surrey Space Centre is a forms part of the Department of Electronics Engineering at the University of Surrey. Research is focused on many areas of space technology, including antenna and RF systems, astrodynamics, autonomy and AI, control systems, on-board data handling, environments and instrumentation, propulsion and robotics. Their website can be found here for further details. 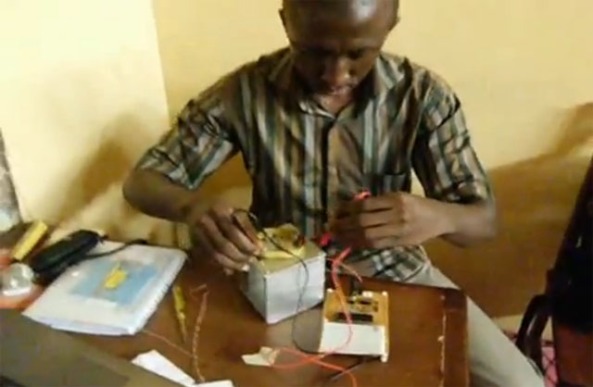 EregbuSAT is a CubeSat prototype that is being developed by the Postgraduate students of the African Regional Centre for Space Science and Technology Education in English (ARCSSTE-E) to simulate the communication (send and receive data) between a Satellite and its Ground Station.

When completed, it will provide an opportunity for future students in the Satellite Communication option of ARCSSTE-E Postgraduate Diploma program to experience operating a Satellite (send commands to Satellite using the prototype) during their short stay in Nigeria.

END_OF_DOCUMENT_TOKEN_TO_BE_REPLACED

This workshop, the first in the world dedicated to the 6U CubeSat, will explore the range of missions possible with a 6U CubeSat in the areas of:

Scientists and engineers interested in payload and mission concepts that take advantage of the greater payload capacity of the 6U CubeSat. For examples of 6U CubeSat designs and payloads that could perform some of the Earth observation missions of 100 kg microsatellites please see “6U CubeSat Design for Earth Observation with 6.5 m GSD, 5 Spectral Bands and 14 Mbps downlink” and “6U CubeSat Commercial Applications”. Reprints available upon request.

If you wish to submit an abstract for the 6U CubeSat Low Cost Space Missions Workshop please email them to Stanija Buvac before the 3rd July 2012. 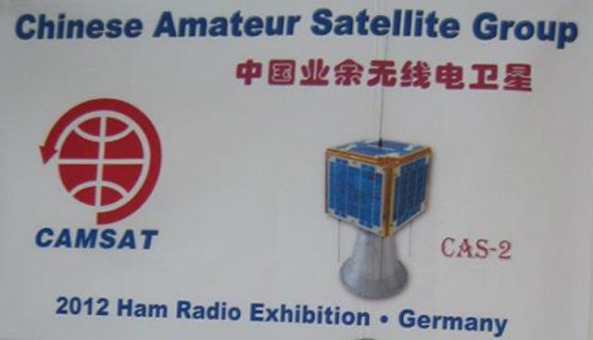 CAMSAT and students at the Qian Youth Space Academy have been working on the next satellite CAS-2.

The launch of CAS-2 is planned for 2014 into a 1000 km orbit with an inclination of 12 degrees. This orbit means it may not be receivable in those countries at high latitudes.

It is understood that most of the room in CAS-2 will be taken up by the primary (non-amateur) payload and it has only been possible to fit a single channel FM amateur transponder in the satellite.

The announcement of May 20 indicates that two separate CAS-2 satellite structures are being built – A1 and A2.

Further information in Google English can be seen at http://tinyurl.com/CAMSAT-CAS-2-Satellite

The CAMSAT delegation to Ham Radio 2012 in Friedrichshafen was led by Gong Wancong BA1DU. A group picture taken at the CAMSAT and AMSAT-DL stands and a picture of the engraved glass plaque that CAMSAT presented to AMSAT-DL can be seen on the AMSAT Deutschland Facebook page at https://www.facebook.com/media/set/?set=a.420116544697800.90571.168177559891701&type=3

Randy Hall K7AGE visited Beijing in March 2008. Among the people he visited was Fan Shaomin BA1EO.

Watch Randy’s video which provides an insight into amateur radio in Beijing. The BA1EO visit is at 12:55

Read more about Ham Radio in that part of the world from Larry’s, KH6ITY, article at ARRL – http://www.arrl.org/news/cq-china

Built by students at the Kyushu Institute of Technology (KIT) the amateur radio satellite HORYU-2 was launched on May 17 at 1639 UT.

Radio amateurs from around the world sent in telemetry and the winner with the most points has been announced as Yoshitomo Iji JA6PL who will be presented with a bottle as the prize.

The top three places were:

The satellite’s callsign is JG6YBW and the CW telemetry beacon frequency is 437.375 MHz (+/- Doppler shift).

The free KIT HORYU-2 telemetry software can be downloaded from
http://kitsat.ele.kyutech.ac.jp/Documents/information_launch_english.html

Eighty-four female high school students from 29 states will plan a simulated mission to Mars and experience life as an engineer or scientist when NASA’s Johnson Space Center in Houston hosts two events focused on science, technology, engineering and mathematics (STEM) in June and July.

The young women will work in teams with female NASA mentors to develop mission plans for launching to Mars, living and working there, and integrating the many components necessary for a successful planetary mission. They will work within the confines of a fictitious budget and build several small mockups of vehicles to demonstrate a successful launch and landing of the Mars spacecraft.

“WISH gives some of our brightest future innovators a chance to experience some of the exciting challenges that NASA engineers and scientists face on a daily basis,” said Johnson Deputy Director and four-time space shuttle astronaut Ellen Ochoa KB5TZZ. “It shows the young women that there are a variety of opportunities for them in technical fields.”

Young women participating June 24-29 will hear a first-hand account of life in space from NASA astronaut and radio amateur Shannon Walker KD5DXB. Participants July 8-13 will have a chance to speak with a current space station astronaut via ham radio as part of the Amateur Radio on the International Space Station program, a NASA educational initiative that facilitates direct links between students and astronauts.

The young women were selected based on completion of interactive, online lessons focused on space exploration and mapped to national education standards, academic merits and geographic diversity. The WISH program encourages young women to pursue science, technology, engineering and mathematics degrees and exposes them to the real-world applications of STEM careers at NASA. This program is in its second year. It began as a NASA accompaniment to the White House Council on Women and Girls.

For more information about WISH and a list of student participants, visit:
http://www.nasa.gov/audience/foreducators/teachingfromspace/students/wish.html