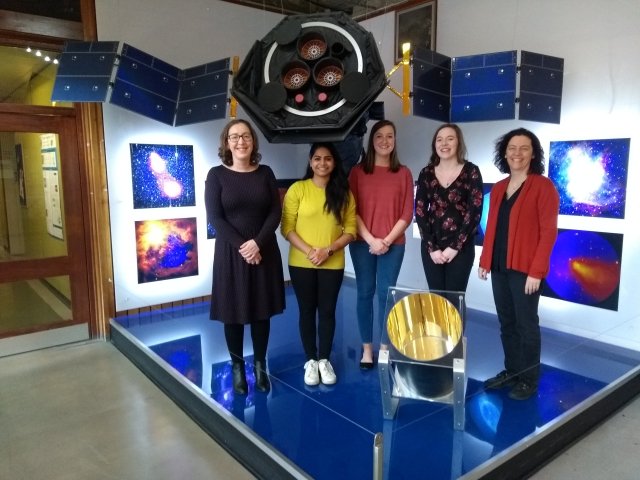 Some of the EIRSAT-1 Team

The EIRSAT-1 CubeSat, built by students at University College Dublin, is due for launch on the Vega rocket in early 2021 and you can help!

The South Dublin Radio Club was honored to host a talk by David Murphy EI9HWB and Fergal Marshall of the EIRSAT-1 team. In this video, they give a comprehensive technical run-through of the satellite’s payload, subsystems and onboard communications.

From an amateur radio and hobbyist point-of-view, there is a full run-through of the uplink and downlink schemes including detailed flow charts (including demodulation and decoding). For details go to 14:30

This followed by a detailed proposal as to how amateur radio operators can contribute to ground station operations via SatNOGs and gr_satellites GNU Radio. For details go to 34:05

There is then a very informative Q&A. 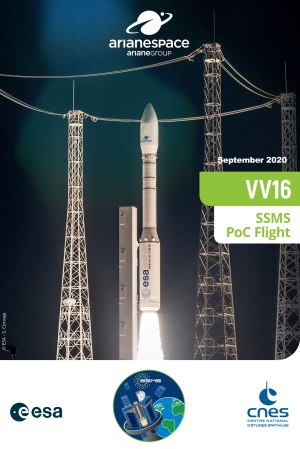 Three satellites with amateur radio payloads were on the Vega VV16 launch that took place at 01:51:10 GMT on Thursday, September 3, 2020.

Earlier on the AMSAT Bulletin Board Christophe Mercier had posted:

The Vega rocket (VV16) is scheduled to leave Kourou on [launch was postponed until 01:51 GMT on Sept 3] with 53 satellites on board.

One of the satellites that will be leaving is the Amicalsat satellite built by the CSUG (Centre Spatial Universitaire Grenoblois). The measurements made by the satellite will be available to all. They will allow radio amateurs to use them for propagation predictions.

The project’s website (in English) has just been put online http://amicalsat.univ-grenoble-alpes.fr/

A software (Linux & Windows) is provided for decoding the telemetry and sending it to the database (SatNogs). The user manual is available (in English) https://code.electrolab.fr/xtof/josast/-/blob/master/ApplicationAmicalsat/src/site/markdown/UserManual.md

Reports are welcome. Thank you for your help.

The first 5 people who receive a frame from AmicalSat will receive a gift.
To submit your frame uses the satnogs SIDS or email satellite@adri38.fr 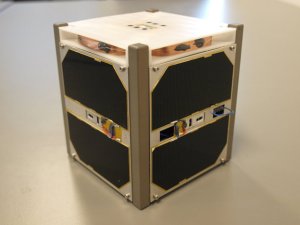 Six student teams and their supervisors have gathered at ESA’s ESTEC centre in The Netherlands for the kick-off of the new Fly Your Satellite! Programme under the ESA Education Office.

On June 26-28, ESA experts will introduce the objectives and present the activities to be performed during the first phase of the programme.

In January, ESA’s Education Office announced the ‘Fly Your Satellite!’ initiative. This is aimed at offering student teams the opportunity to become familiar with good engineering practice to build and perform satellite testing in order to increase the chances of a successful mission. The 2013 edition of the programme is however only focussing on testing selected university-built satellites that are already at an advanced stage of development.

‘Fly Your Satellite!’ builds on the success of the ‘CubeSats for the Vega Maiden Flight’ pilot programme. This culminated in 2012 with the launch of seven student-built CubeSats on the first flight of the new ESA Vega launcher.

The focus of the kick-off meeting will consist of coordinating the activity to be performed during the first phase of Fly Your Satellite! enabling the teams to complete the construction of their satellite. This will include extensive satellite testing in ambient conditions under the supervision of ESA specialists who will decide which satellites should participate in the next phase of the programme.

The second phase will see the satellites tested in the simulated conditions of outer space and in those the satellites will experience at launch. These will include vibration and thermal-vacuum tests. 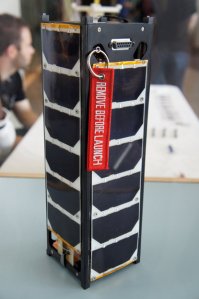 The six CubeSats chosen for Phase 1 are:

Robusta-1B from France will validate a radiation test methodology for specific transistor components.

ConSat-1 from Canada will analyse radiation characteristics in the South-Atlantic Anomaly, and test technology payloads.

e-st@r-II from Italy will test an Active-Attitude Determination Control System. 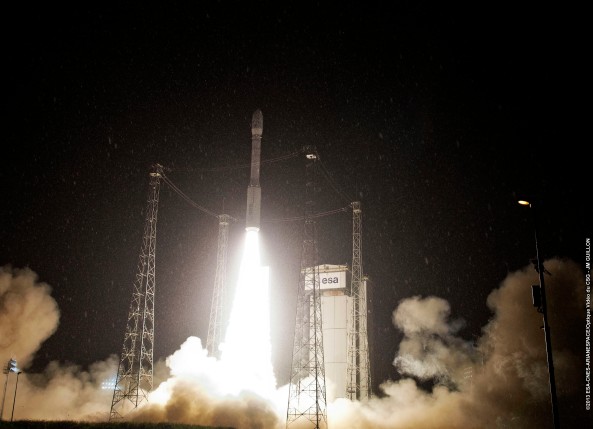 Estonia’s first CubeSat ESTCube-1, amateur radio callsign ES5E, was launched from Kourou in the Caribbean on May 7 at 0206 UT on an ESA Vega rocket into a 704 km orbit. Also on the same launch were Vietnam’s VNREDSat-1A and ESA’s Proba‑V satellites. 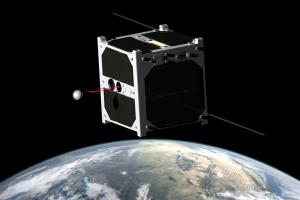 This Vega mission required five upper-stage boosts and lasted about twice as long as its first launch, in February 2012.

The three solid-propellant stages performed flawlessly and, after two burns of the liquid-propellant upper stage, Proba‑V was released into a circular orbit at an altitude of 820 km, over the western coast of Australia, some 55 minutes into flight.

After releasing Proba-V, the upper stage performed a third burn and the top half of the egg-shaped Vega Secondary Payload Adapter was ejected. After a fourth burn to circularize the orbit at an altitude of 704 km, VNREDSat-1A was released 1 hour 57 minutes into flight. ESTCube‑1 was ejected from its dispenser three minutes later.

ESTCube-1 was built by students at the University of Tartu. The main mission of the satellite is to test electric solar wind sail technology, a novel space propulsion technology that could revolutionize transportation within the solar system. It will deploy a 10 meter conductive electrodynamic tether and the force interacting with the tether will be measured. 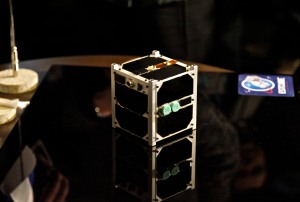 The technology is based on the electrostatic interaction between the electric field generated by the satellite and the high-speed particles being ejected from the Sun. A spacecraft utilizing this method would first deploy a set of electrically charged wires, which allow to generate an electric field over a large area. This area effectively forms a “sail” that can be pushed by the charged particles by being diverted by it and therefore transferring momentum to the craft.

The team also aim to capture images of Estonia for outreach purposes.

The CW beacon has been received slightly high of the published frequency on 437.2515 MHz (+/- Doppler shift). Among those reporting the signal have been Nader Omer ST2NH in Sudan, Mike Rupprecht DK3WN in Germany, and Hector Martinez CO6CBF in Cuba who was using an AMSAT-UK FUNcube Dongle SDR. 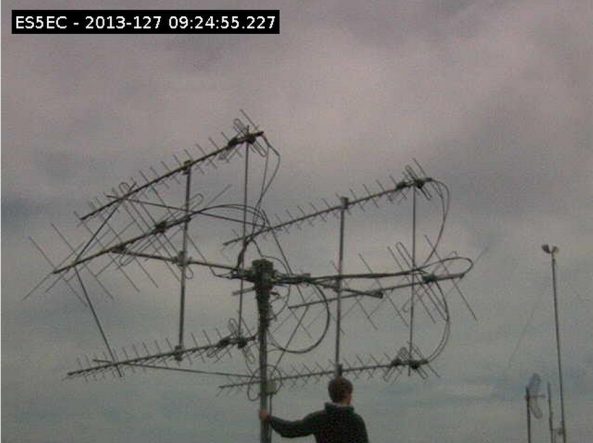 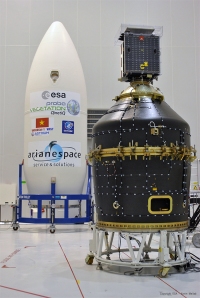 ESA report the payload “stack” for Vega’s second mission from  has been completed and is ready for the planned launch from Kourou on May 2.

After its deployment by Vega on the upcoming flight, Proba-V will begin the satellite’s mission of mapping land cover and vegetation growth across the Earth every two days. The miniaturized ESA satellite is to provide data for the instrument’s worldwide scientific user community and service providers once its in-orbit commissioning is completed.

Proba-V was produced by prime contractor QinetiQ Space Belgium and carries a new, advanced version of the Vegetation instrument – the latest in a series already deployed on France’s full-sized Spot-4 and Spot-5 satellites, which have been observing the planet since 1998 after their launches by Arianespace.

The Astrium-built VNREDSat-1 will support the Vietnamese government’s initiative to create an infrastructure enabling better studies of climate change effects, improving predictions for natural disasters and optimizing the country’s natural resource management.  It was built on behalf of the Vietnam Academy of Science and Technology.

ESTCube-1 is to test electric solar wind sail technologies and help establish an Estonian infrastructure for future space projects. This satellite was produced in a collaboration of students from Tartu University, Estonian Aviation Academy, Tallinn University of Technology and University of Life Sciences – and developed in conjunction with the Finnish Meteorological Institute and the German Space Center (DLR).

Once in orbit, ESTCube-1 will deploy a small conductive tether which is to be electrically charged to 500 Volts using electron guns contained within the 10 x 10 x 10-cm. cubesat. 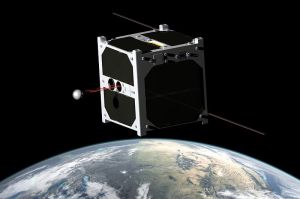 Estonia’s first CubeSat ESTCube-1, amateur radio callsign ES5E/S, is planning to launch from Kourou in the Caribbean in the Spring on an ESA VEGA rocket.

Built by students at the University of Tartu ESTCube-1 the main mission of the satellite is to test electric solar wind sail technology, a novel space propulsion technology that could revolutionalize transportation within the solar system. It will deploy a 10 meter conductive electrodynamic tether and the force interacting with the tether will be measured.

The technology is based on the electrostatic interaction between the electric field generated by the satellite and the high-speed particles being ejected from the Sun.  A spacecraft utilizing this method would first deploy a set of electrically charged wires, which allow to generate an electric field over a large area. This area effectively forms a “sail” that can be pushed by the charged particles by being diverted by it and therefore transferring momentum to the craft.

The team also aim to capture images of Estonia for outreach purposes.