At the moment, the flight safety review is coming to an end. The FSpace team together with their partner NanoRacks LLC has satisfied the technical requirements and standards set by the launch vehicle provider.

If everything goes according to plan, the F-1 CubeSat will be delivered to Japan by the end of June. Then along with four other CubeSats (RAIKO, WE-WISH, FITSAT-1 and TechEdSat) F-1 will be loaded onboard HTV-3 “Kounotori” transfer vehicle for integration with the JAXA HII-B launch vehicle.

F-1 plans to launch to the International Space Station (ISS) on July 21 from Tanegashima, Japan, then in September the Japanese astronaut and radio amateur Akihiko Hoshide KE5DNI should deploy it into space from the ISS using the Kibo robot arm.

The FSpace team are offering the public a chance to send their name/callsign and a message into space onboard the F-1 CubeSat. You will also be presented with a certificate! See this link http://fspace.edu.vn/?page_id=31 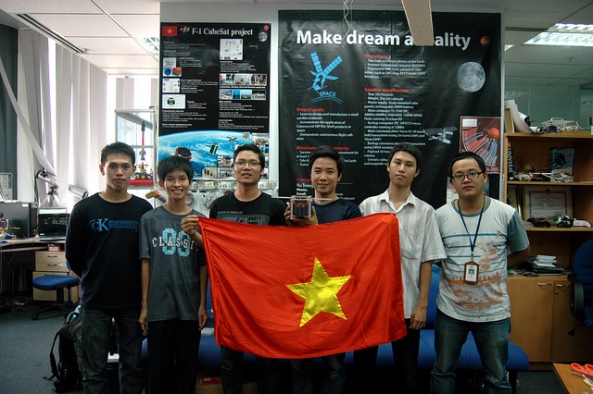