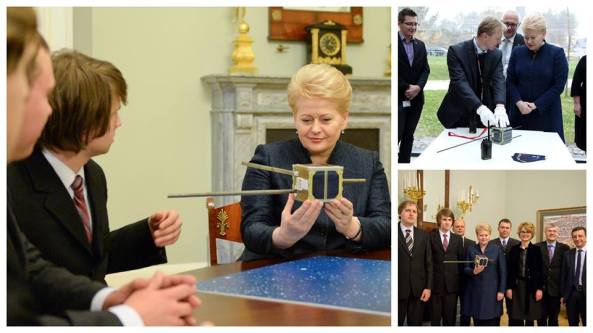 Lithuanian President Dalia Grybauskaite congratulated the builders of the first Lithuanian satellites LitSat-1 and LituanicaSat-1 which were launched to the International Space Station (ISS) on Thursday, January 9, 2014.

The Google English translation of her words read:

“This is a historic moment for Lithuania – to raise the first Lithuanian space satellites LitSat-1 and LituanicaSat-1! Congratulations to all the young scientists and Lithuanians. We have become a space-faring nations. This is an important step in the development of new technology and introduction to space exploration”

The President wished the young satellites developers every  success and exciting new discoveries. 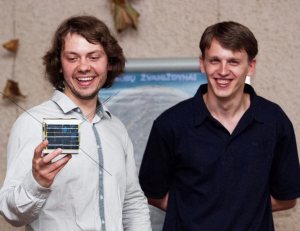 The Kaunas University of Technology developed LituanicaSAT-1 while the Lithuanian Space Federation developed LitSat-1. The CubeSats are expected to be deployed from the ISS later this year. The IARU coordinated frequencies are listed as: