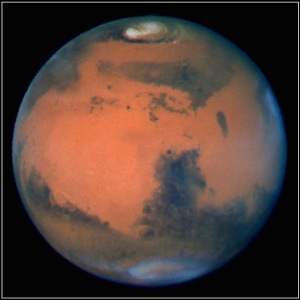 The ARRL report when Ron Williams, N9UIK, and his team of “astronauts” head to “Mars” this spring, they’ll be taking Amateur Radio along, just as NASA space travelers have done.

Williams is part of Mission 2 (of four) in the Hawaii Space Exploration Analog and Simulation — HI-SEAS, in which participants will simulate living and working within a Martian outpost — actually a solar-powered dome at a remote site some 8000 feet up on the slopes of Mauna Loa. Conducted by the University of Hawaii and Cornell University, the project has partial funding from NASA.

“I am confident that when we eventually go to Mars, there will be some type of involvement with the Amateur Radio community,” Williams said, noting Amateur Radio’s long-standing role in space missions, including the International Space Station. “We would like to simulate this on this mission.” Part of that will mean integrating a 20 minute signal delay into all communications, whether via Amateur Radio or the Internet.

“This will simulate the distance, when greatest, between Earth and Mars,” explained Williams, a clinical neuropsychologist from Indiana. At 60, he’s the oldest member of the team; the youngest is 26. Williams, is one of two hams on this crew increment. The other is Ross Lockwood, VA6RLW, of Alberta.

“Our proposed outreach simulation to the Amateur Radio community will also involve this signal delay,” Williams continued. “To the best of our knowledge, this will be unique to any Amateur Radio special event ever conducted.” HI-SEAS also was able to obtain the special event call sign K6B for the project for nearly the entire length of the mission, instead of the typical 15 days.