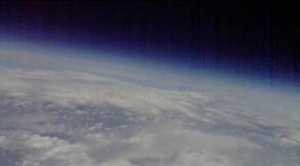 Radio amateur David Akerman M0RPI will be launching a 434 MHz balloon from the BBC Stargazing Live solar eclipse event in Leicester on March 20.

The flight is to primarily to take photographs during the partial solar eclipse. Slow Scan Digital Video (SSDV), RTTY and LoRa telemetry beacons will be transmitting from the balloon in 434 MHz, so plenty of stuff to tune in to.

The launch activities will be recorded and some of the footage will be transmitted on the special BBC Stargazing show from 9am to 10am on that day.  There will also be a couple of very brief live segments where, hopefully, Dave will get to show some pretty live images.  Also, assuming the payload is recovered, some of the recorded video should end up on the main Stargazing show in the evening (9pm-10pm, BBC2).

There will be 2 Raspberry Pi trackers each sending telemetry and SSDV using both RTTY and LoRa modulation. RTTY frequencies are Upper Sideband (USB).

As well as the TV stuff, the BBC are running a “spectacular live event” from the racecourse, open to the public from 9am to 3pm and then 6pm to 9pm.  Entry is free to please do come along if you can.  They have a real astronaut, Paolo Nespoli IZ0JPA, and plenty else of interest – see
http://www.bbc.co.uk/mediacentre/latestnews/2015/stargazing-live-leicester

Radio hams will be at BBC Solar Eclipse event
https://amsat-uk.org/2015/03/02/radio-hams-will-be-at-bbc-solar-eclipse-event/

The 434 MHz signals transmitted by High Altitude Balloons can have a range of up to 800 km. The path of the balloons can be tracked in real-time at http://spacenear.us/tracker/

Useful links for tracking, receiving and decoding the telemetry from 434 MHz balloons can be found at
https://amsat-uk.org/beginners/balloons/