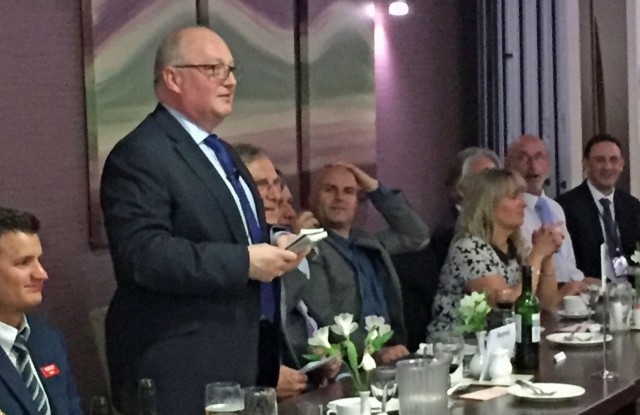 The after-dinner speaker at the RSGB Convention Saturday night Gala dinner was Howard Long, G6LVB, who spoke about the trials and tribulations involved in developing the ground station segment of the FUNcube satellite project which became the successful FUNcube Dongle SDR.

On Sunday, October 11 at 11:45 BST Ciaran Morgan M0XTD gave a presentation to the Convention about Amateur Radio on the International Space Station (ARISS) and the upcoming mission to the ISS by UK astronaut Tim Peake KG5BVI.

Ciaran described the Astro Pi which Tim will be using on the ISS. It is hoped this will be used as a video source for the Space Station’s HamTV system.

Read the Essex Ham review of the RSGB Convention at
http://www.essexham.co.uk/news/rsgb-convention-2015-review.html