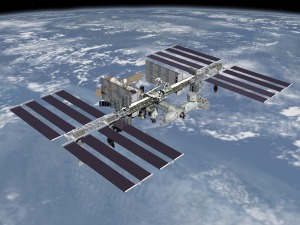 The US Naval Academy team say their amateur radio QIKCOM-1 APRS Digipeater payload may be deployed from the International Space Station on August 21.

The Ham Radio QIKCOM-1 module attached to the NovaWurks NanoRacks SIMPL spacecraft is now finally scheduled for release from the ISS on 21 August 2017!

This is being released on the same day as the solar Eclipse when the ISS will also be passing over the USA during the eclipse 2 hour window around 1800z. We are not clear on any correlation with the Eclipse and our release, but there will be lots of hams in the field and it is a good day to tune in!