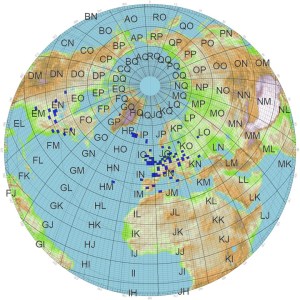 Peter 2M0SQL says that instead of submitting reports to magazines about his satellite activity he’s decided to write blog posts instead allowing more viewers to see what can be worked.

He recently moved to Elgin in Scotland and as a result his DXCC/VUCC totals were reset to zero, so he’s trying to focus on working as many new grid squares and countries as possible.

Although with no real fixed permanent setup at his new QTH he has still made 158 contacts using 11 satellites. Among the notable contacts in July were those with Gabe Zeifman NJ7H who operated from Iceland, the Faroe Islands and then Greenland.

Peter gave a talk on Portable Satellite Operation to the 2016 AMSAT-UK International Space Colloquium, watch the video at
https://amsat-uk.org/2016/09/07/video-of-portable-satellite-operation-talk/