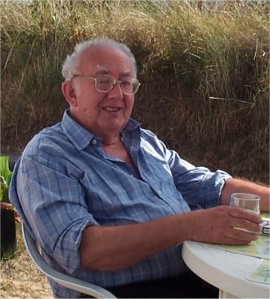 Pat Gowen, G3IOR, of Norwich, Norfolk, passed away on August 17, 2017, after a long illness. He was 85. The amateur-satellite world has lost one of its true pioneers.

Pat was a co-founder of AMSAT-UK, and was elected to the board of directors of AMSAT-NA in 1974. He was also the longtime satellite columnist of Practical Wireless, as well as a frequent contributor to The AMSAT Journal and OSCAR News.

He was the first to work 100 DXCC entities via satellite (all LEOs), and received Satellite DXCC No. 4 when his QSL cards arrived. Fluent in Russian, Pat enjoyed conversing with the cosmonauts aboard MIR and ISS. He and I made the first transatlantic QSO between two handheld transceivers, in 1991.

More recently, Pat was the first to discover the “re-birth” of AMSAT-OSCAR-7 when its battery returned to life in sunlight. In addition to his work with AMSAT and satellites, Pat was a prominent HF operator and DXer. He had confirmed QSOs with all DXCC entities and had also been a member of the First Class CW Operators Club (FOC), as well as a leading member of the Norfolk Amateur Radio Club. Literally hundreds of new amateurs obtained their licenses as a result of Pat’s NARC training classes. 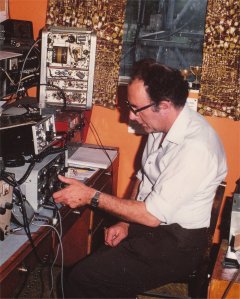 “If my memory serves me well, I first met Pat G3IOR sometime in the mid-1970’s when I became interested in space and naturally amateur radio satellites – starting with OSCAR-6. In 1975, Pat was a founding member and sometime Chairman of AMSAT-UK along with other stalwarts such as Roy Stevens G2BVN, Arthur Gee G2UK and Richard Limebear G3RWL and had a strong interest in not only the OSCAR series but also especially the RS satellites from the then Soviet Union.

Starting in late 1973, Pat produced the first editions of OSCAR News as a typed newsletter providing essential orbit tracking information for the new OSCAR-6 satellite (at a time before easy access via the internet!) and contributed more timely updates and observations via the AMSAT-UK 80-metre net each Sunday morning – along with a news round-up each month transmitted by G3RWL. Pat attended and contributed to the early AMSAT-UK Colloquia at Surrey.

In June 21, 2002 Pat surprised the AMSAT community by detecting CW signals from the long-believed defunct OSCAR-7 satellite whose batteries had failed in 1981 but came back to life after the batteries eventually went open circuit enabling operations in sunlight to this day! Pat was passionate about amateur radio, amateur satellites and the environment; he contributed much over his long life to each of these and will be sadly missed.”

Professionally, Pat was a biochemist, retired from the University of East Anglia. He had also served as a magistrate in the Norfolk courts, the youngest in England at the time. No mention of Pat would be complete without noting his decades of work in cleaning up the beaches and waters of his beloved Norfolk. He leaves his wife Norma, a noted landscape artist.