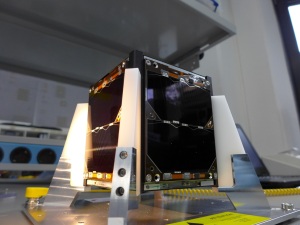 JY1Sat is an enhanced 1U FUNcube. It has been developed for the Crown Prince Foundation in Jordan. The spacecraft has been named in honour of the Crown Prince’s grandfather, King Hussein, who operated using his personal amateur radio callsign which was simply JY1.

In addition to the usual suite of FUNcube capabilities it will also be capable of downlinking images in SSDV format.  This image format, developed by Phil Heron, MI0VIM, for use in High Altitude Balloons, is now also being used from lunar orbit by AO-94.

The telemetry downlink frequency is 145.840 MHz, this will use the usual FUNcube standard 1k2 BPSK format. The linear transponder, for Single Sideband (SSB) and CW modes, will downlink on 145.855-145.875 MHz and uplink on 435.100-435.120 MHz. The transponder is inverting so Lower Sideband (LSB) should be used on the uplink and Upper Sideband (USB) on the downlink.

A new Dashboard has been developed for this mission and is available for download here:

This will operate in exactly the same manner as those developed for previous missions and general set-up information can be downloaded here: Dashboard Guidance

A brand new Data Warehouse has also been created. This can be used to view the telemetry from ALL of the FUNcube missions. This can his can viewed here http://data.amsat-uk.org/ 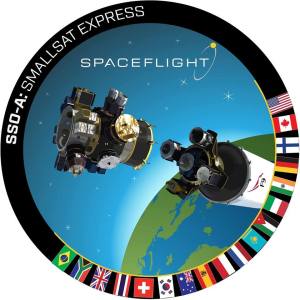 This mission will be one of the payloads on the Spaceflight SSO-A mission. The launch from the Vandenberg Air Force base in California is scheduled for 18:31:47 GMT on Monday, December 3. This launch is expected to have more than sixty other payloads.

The deployment time for JY1SAT has been advised as 4 hours 31 minutes and 54.5 seconds after launch. This means that, allowing for the pre-programmed delay of 30 minutes between deployment from the POD and the release of the antennas, the first downlink signals cannot be expected until 5 hours 2 minutes after launch.

Watch the launch at https://www.youtube.com/watch?v=PJkRM5QQDAA

Initial indications are that the spacecraft will be over NE Australia at power-up.

The start-up mode, as usual, is low power telemetry only and we will be really looking forward to receiving reports  and telemetry. So please, either upload the data from the Dashboard to the Warehouse in the usual way, or send a quick email to operations@funcube.org.uk

Satellites with Amateur Radio payloads on the SSO-A mission
https://amsat-uk.org/2018/11/14/ssoa-amateur-radio-satellites/