Masat-1, the First Hungarian Satellite made history again when it captured the first satellite space photographs on 8 March 2012 This first photo shows the southern section of the African continent. The next photos were made of Australia and Antarctica, in a quality and quantity unprecedented in the CubeSat realm.

The Flight Model of Masat-1

The on-board camera of Masat-1 has a mass of about two Euro coins. The maximal resolution is 640×480 pixels. A width of 1 pixel corresponds to a distance of 1 to 10 kilometres on the photos recorded.

The flawless operation of the passive attitude control system made it possible to capture photographs ahead of schedule, but with this passive system only the Southern Hemisphere of the Earth may be targeted by the camera. As the first month of the mission passed, almost every mission objective was fulfilled. The flawless run of the satellite opens a new scientific and technological horizon for experiments which we plan to perform in the coming months.

There is an increasing demand for Eath observation satellites worldwide both from the public and the private sector, as such spacecraft can capture on-demand, high resolution, up to date images of a specific area of the Earth’s surface. The captured images might be used for disaster relief operations,weather forecast services, crop yield estimation and tracking of agricultural operations, civil transport and cartography applications and also defence purposes. 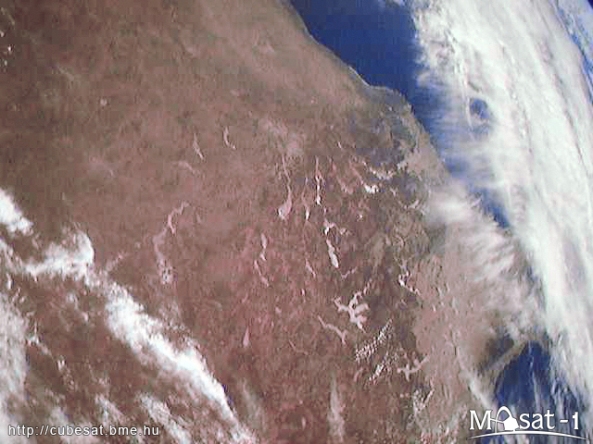