She launched from Baikonur in Kazakhstan on May 18, 1991 arriving at the space station 2 days later. During her 6 day stay on Mir she used amateur radio to linkup with students at 9 schools in the UK.

Using the callsign, GB0JUNO, six students who held Full amateur licences established the initial contact with Helen from the Harrogate Ladies’ College and then passed transmission to the other eight schools involved in the experiment. Katy G7NST asked Helen the first question: “If you had no clock on board Mir, what would give you sense of time in space?”.

In addition to the school linkups Helen also made some random contacts on 2m FM, one of those fortunate to speak to her was Chris Lorek G4HCL.

Read more about the amateur radio side of Helen’s mission and download the RSGB RadCom article about the JUNO project at https://amsat-uk.org/about/history/first-uk-astronaut-helen-sharman-gb1mir/

Astronaut Helen Sharman is appearing at the Science Museum May 21 to talk about her work in space and answer questions from the public https://londonist.com/2016/05/meet-astronaut-helen-sharman-at-the-science-museum

When asked by a listener, Brian, whether she still uses her amateur radio licence, she said:

“My amateur radio license was given to me very specially. I didn’t pass the tests in order to get it and I was only allowed to use it while I was in space, but I made friends all over the world. You can’t talk to a lot of people in Europe because there’s so many people trying to communicate with the space station but in parts of the world we’re it’s less populated, for instance in Australia, the astronauts do make friends that they’ve only ever met through the radio… it’s lovely.”

Read the full Essex Ham story and listen to the show at
http://www.essexham.co.uk/news/helen-sharman-amateur-radio-in-space.html 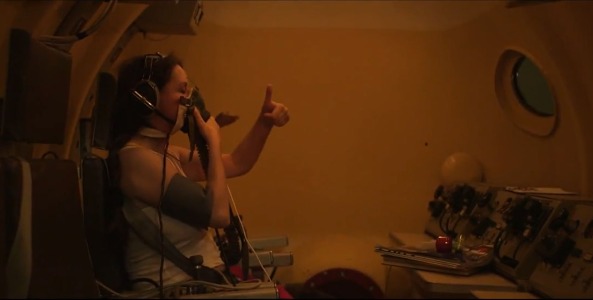 On Wednesday, October 10 it was announced in Moscow that UK private spacefarer Sarah Brightman had passed the required mental and physical examinations to fly into space. In 2013 she will undertake six months of training at Star City in Moscow in preparation for her mission to the International Space Station (ISS).

END_OF_DOCUMENT_TOKEN_TO_BE_REPLACED

Before flying, Helen spent 18 months in intensive flight training in Star City on the outskirts of Moscow. The Soyuz TM-12 mission, which included Soviet cosmonauts Anatoly Artsebarsky and Sergei Krikalev, lasted eight days, most of that time spent at the Mir space station. Helen’s tasks included medical and agricultural scientific experiments, photographing the British Isles, and participating in an amateur radio hookup with UK schoolchildren.

Since her return, Helen has become one of the UK’s leading ambassadors for science. She was awarded the OBE in 1992 and is a fellow of the Royal Society of Chemistry, the Royal Geographical Society, the Royal Aeronautical Society and the British Interplanetary Society. Helen has won numerous awards including the Medal “For Merit in Space Exploration” in 2012 from the Russian Federation government. Helen is currently Group Leader of Surface and Nanoanalysis at the National Physical Laboratory.

Helen Sharman GB1MIR became the United Kingdom’s first astronaut when she blasted off from Baikonur in Kazakhstan at 1250 GMT on May 18, 1991 on her way to the Mir space station

She won her place in space when in 1989 she answered as advertisement she heard on the car radio that said “Astronaut wanted. No experience necessary.”

Helen was selected from over 13,000 applicants to join the scientific space mission Project Juno.

She spent 8 days in space and operated Amateur Radio using her special call sign GB1MIR in the 2m band. While in space she carried out a range of experiments that included studying how weightlessness affects people, plants and the growth of crystals.

Watch a CNN video about her space flight

A picture of Helen Sharman receiving the GB1MIR license from Richard Horton G3XWH can be seen at
http://www.hlc.org.uk/HLC/extra_radio_more.html