The Chair of IARU Region 1 Spectrum Affairs, Barry Lewis G4SJH, reports on the work being done in defending the interests of the Amateur Services in the 1240-1300 MHz band.

On the IARU Region 1 site he writes:

Work continued to develop the coexistence studies between the amateur services in the 23cm band and the radio-navigation satellite services (RNSS) operating across the band. New studies were submitted by France, China and the Russian Federation.

The scale of the problem for the amateur services is becoming clear. For example, the studies predict that even a 10W 23cm band station could cause interference to RNSS receivers at up to 30km on the antenna main beam heading. Although the level of amateur activity and the density of users is quite low (compared to other more popular bands) the issue remains that from a regulatory perspective the amateur services are required to not cause harmful interference to RNSS services.

The figure shows a sample of one result from one study submitted into ITU‑R and further illustrates the scale of the problem. In this example a station using an 18dBi gain antenna is used for both narrow band and wideband (ATV) transmissions and a range of power levels. The protection criteria for the RNSS receivers differs for narrowband and wideband interfering signals. The figure shows the distances out from the amateur station where the RNSS protection criteria could be exceeded along the antenna main beam heading.

These results have been developed based the ITU‑R defined receiver protection level for the GALILEO RNSS. For the narrow band modes this is ‑134.5dBW and for the wideband modes is ‑140dBW/MHz. In addition, measurement campaigns have shown that an improvement in the compatibility potential can be seen if the amateur signals avoid the centre portion of the GALILEO receiver passband.

Of course the studies cannot take into account every possibility that might mitigate the problem (e.g clutter, terrain blocking etc.) but it is clear that the potential for interference is considerable.

The IARU is working hard to ensure that the amateur service can continue to develop in this band and allow all the amateur applications in use today to continue. However, given the heavy spectrum occupancy of the band by the various RNSS systems it is evident that proposals will come calling to restrict our ability to operate in certain parts of the band and at the power levels possible today. IARU is totally engaged in the discussion of these considerations and these will continue within ITU‑R (and other regional bodies).

The IARU summary report on the WP4C meeting can be found at
https://www.iaru.org/wp-content/uploads/2022/05/IARU-Report-from-WP4C_May-2022.docx 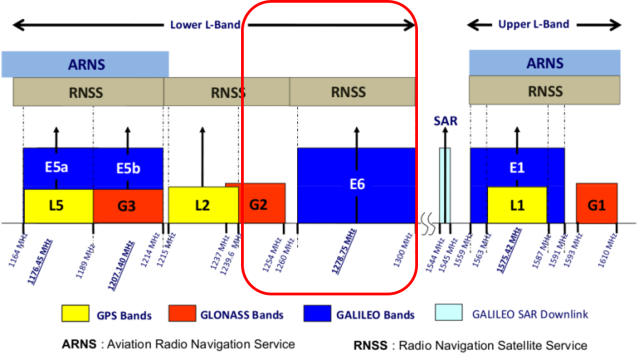 The Chair of IARU Region 1 Spectrum Affairs, Barry Lewis G4SJH, reports on the meeting of the ITU‑R Working Party 4C (WP4C) on February 15-19 which discussed the amateur radio allocation at 1240-1300 MHz.

On the IARU Region 1 site he writes:

During the week February 15–19, the preparatory work for WRC-23 agenda item 9.1b continued in ITU‑R Working Party 4C (WP4C). The WRC agenda item has initiated technical studies on coexistence between the radio navigation satellite service (RNSS) and the amateur services in the 23cm band. As usual, the IARU participated in the meeting and delivered key information on amateur activities in this important microwave band. This information is vital to ensure the amateur services are realistically represented in the studies as they move forward.

It remains vital that national amateur communities present their views on the importance of this band to their national regulators in a consolidated and consistent manner.

To assist with this the IARU-R1 is developing supporting material that member societies can refer to when addressing the topic with their national regulator.

The work on this topic will continue throughout the year and beyond both in ITU‑R and in the regional telecommunications organisations and the IARU is committed to ensure every organisation understands the amateur position on this important microwave band.

The ITU‑R WP4C Summary Meeting Report notes “The only administration that can be considered supportive towards proper treatment of the Amateur Services in this work is Germany”, read the report at https://www.iaru-r1.org/wp-content/uploads/2021/02/Report-from-WP4C_Feb-2021.docx

A joint paper by France, Lithuania, Malta, Slovenia and The Netherlands for the CEPT CPG meeting in Ankara, August 26-30, attacks the continued use by Radio Amateurs of our 1240-1300 MHz band.

This is the final CEPT CPG meeting in preparation for the ITU World Radiocommunication Conference 2019 (WRC-19) to be held in Sharm el-Sheikh, Egypt, October 28 to November 22. This conference will define the Agenda Items for WRC-23.

Galileo is close to full operational capability and its E6 signals in the band 1260-1300 MHz will support new services such as the free-to-use Galileo High Accuracy Service, and also robust authentication, expected to be used by a variety of applications including autonomous vehicles and the Internet of Things (IoT).

Several cases of interference to Galileo E6 receivers from amateur service emissions have occurred in the recent past, sometimes at significant distance, and have taken several hours or even days to be eliminated. There is therefore a serious concern that as Galileo E6 receivers are deployed and used more widely, cases of interference from amateur stations will rapidly grow in number.

A WRC-23 agenda item is necessary to address this issue because:

1. Unregulated use of the band 1240-1300 MHz by the amateur service is a serious source of harmful interference to RNSS receivers. This is demonstrated by experience.

2. The number of Galileo receivers in 1260-1300 MHz will increase dramatically, and interference cases will multiply if not addressed timely.

3. Galileo and other RNSS systems will deploy at global scale, and interference scenario between amateur emissions and RNSS receivers include cross-border cases. The issue is therefore of international nature and is to be addressed in the ITU framework.

4. Galileo is a major European asset, and a decision at WRC-23 is essential to be compatible with the roadmap of deployment of Galileo receivers in this band.

European Commission Joint Research Centre report written 2014 and published 2015 on Compatibility between Amateur Radio Services and Galileo in the 1260-1300 MHz Radio Frequency Band. It reports the effect of transmissions of 0.1, 1 and 15 watts EIRP on a Galileo receiver up to 10 km away – download PDF here

Sweden’s national amateur radio society, the SSA, has sent a supplementary letter to the communications regulator PTS ahead of the next meeting of the CEPT ECC Conference Preparatory Group CPG-19.

At a previous CEPT meeting (PTA), France has proposed an agenda item to WRC-23 that the coexistence between satellite navigation (eg Galileo) and amateur radio in the band 1240-1300 MHz should be investigated. The proposal was voted down at the preparatory PTA meeting, but France has now sent letters to the various telecommunications authorities with a request that they now support this proposal at the forthcoming CPG19-9. SSA opposes this.

SSA has therefore sent a supplementary letter to PTS about our 23 cm amateur band. Our section leader for IARU and VUSHF Mats SM6EAN explains the background and our opinion on our section pages. Here you can also read the new letter to PTS.

Link to letter in Google English is available via https://tinyurl.com/SwedenSSA

The next meeting of the CEPT ECC Conference Preparatory Group CPG-19 takes place in Ankara, Turkey on August 26-30, 2019. The meeting documents should be available in advance at
https://cept.org/ecc/groups/ecc/cpg/client/meeting-documents/?flid=8819 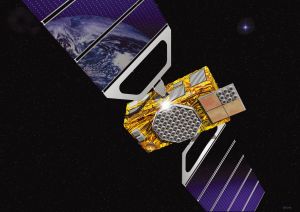 The Belgium regulator BIPT has proposed cutting to just 20 watts the permitted power level for the Amateur and Amateur-Satellite allocations in 1260-1300 MHz which is to be used by the Galileo GNSS / GPS constellation.

On December 18, the BIPT website provides BIPT consultation on the Frequencies, Power and Transmission modes that may be used by radio amateurs.

This consultation was already announced at the BIPT meeting with the recognized associations of September 28 and should provide a framework for the introduction of the CEPT Novice license in Belgium.

The most important part is the Appendix 1 which establishes the Frequency bands and technical characteristics allowed for the different categories of radio amateur licenses.

For holders of a HAREC license (class A operating certificate), there are only changes to the transmission power (usually in our favor):

Everyone has the right to respond to the content of this consultation until January 18 and to propose changes.

The UBA will certainly do this and invites all members to send their comments and proposals for January 5 to ON7YD ( ( on7yd [at] uba [dot] be ) ). Anyone who wants to respond in their own name can find the procedure for this at
https://www.ibpt.be/nl/consumenten/radio/radioamateurs/raadpleging-op-verzoek-van-de-raad-van-het-bipt-met-betrekking-tot-het-ontwerp-van-besluit-van-de-raad-van-het-bipt-betreffende-de-frequenties-vermogens-en-transmissiemodi-die-mogen-worden-gebruikt-door-de-radioamateurs

2006 article Potential Interference To Galileo From 23cm Band Operations by Peter Blair G3LTF.
The Galileo constellation is expected to be fully operational by 2020.
http://www.southgatearc.org/articles/galileo.htm 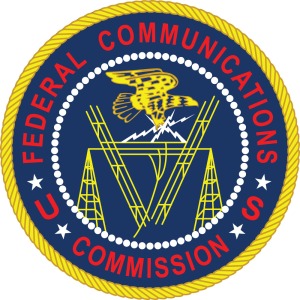 The Federal Communications Commission (FCC) has said it will vote in November on whether to allow U.S. GPS receivers to access the Galileo global navigation satellite system (GNSS).

From an Amateur Radio perspective the key part is that the FCC will only be voting to waive its licensing requirements for non-federal operations with Galileo channels E1 and E5, subject to certain technical constraints.

This means they will not be voting on the E6 channel 1260-1300 MHz, these frequencies are also Amateur and Amateur-Satellite Service allocations. This suggests for 1260-1300 MHz the situation in the USA will be unchanged, the unlicensed use of the Galileo signal on channel E6 will not be permitted for non-Federal operations in the USA.

Read the Reuters story which also says Ajit Pai is proposing the first comprehensive review of the FCC’s orbital debris rules since their adoption in 2004
https://www.reuters.com/article/us-usa-fcc-gps-europe/fcc-to-vote-to-allow-u-s-devices-to-use-european-navigation-system-idUSKCN1MY2X6