What happens when rocket scientists get together in their spare time?

Michael Clive builds rockets during the day and Makerspaces at night. And this is no ordinary Makerspace, it’s in the “Silicon Valley of Space”..also known as Mojave, California. Find out how Michael gained support for this unique water hole in the desert and some unique challenges he faces.

Watch How to build a place to make cool stuff

An interview given to Tom Nardi by Gregor Jehle (Hadez) of the Stuttgart Hackerspace was recently published on The Powerbase site. 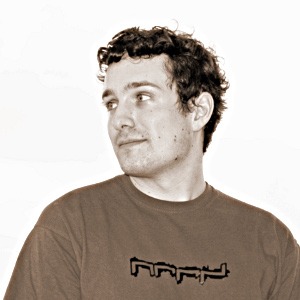 In the interview Hadez discusses his ideas for distributed satellite ground station network and the creation of a Hackerspace Global Grid.

Read The Powerbase interview at
http://www.thepowerbase.com/2012/02/hackers-in-space-hackerspace-global-grid-interview/

Hadez took part in a presentation to the Chaos Computer Camp 2011 that can be seen at
http://www.uk.amsat.org/3892

A new promotional video has been released to attract Hackers, Makers and Innovators to amateur radio.

The video features well known hacker and maker Diana Eng KC2UHB along with Ham Nation’s Bob Heil K9EID and ISS Astronaut Doug Wheelock KF5BOC. It follows some of the innovative, imaginative and fun ways “hams” use radio technology in new and creative ways and points out that amateur radio clubs are similar to hacker groups.

Watch The DIY Magic of Amateur Radio in HD

Featured in the video is the Ham Radio HSMM-MESH™. A high speed, self discovering, self configuring, fault tolerant, wireless computer network that can run for days from a fully charged car battery, or indefinitely with the addition of a modest solar array or other supplemental power source. The focus is on emergency communications. http://www.hsmm-mesh.org/

A Hi-Res 480 MB version of the DIY Magic DVD can be downloaded from http://p1k.arrl.org/pub/pr/

Hackers and Makers in AMSAT-UK are building the amateur radio satellite FUNcube. AMSAT-UK publishes a colour A4 newsletter, OSCAR News, which is full of Amateur Satellite information. Free sample issue at http://www.uk.amsat.org/on_193_final.pdf
Join online at http://tinyurl.com/JoinAMSAT-UK

A CubeSat in Space

The BBC report that Hackers plan to put their own communication satellites into orbit. The scheme was outlined at the Chaos Communication Congress in Berlin.

The project’s organisers said the Hackerspace Global Grid will also involve developing a grid of ground stations to track and communicate with the satellites.

Used together in a global network, these stations would be able to pinpoint satellites at any given time, while also making it easier and more reliable for fast-moving satellites to send data back to earth. “It’s kind of a reverse GPS,” Armin Bauer, said.

“GPS uses satellites to calculate where we are, and this tells us where the satellites are. We would use GPS co-ordinates but also improve on them by using fixed sites in precisely-known locations.”

Armin Bauer, said the team would have three prototype ground stations in place in the first half of 2012, and hoped to give away some working models at the next Chaos Communication Congress in a year’s time.

AMSAT-DL presentation to the Chaos Communication Camp in August
http://www.uk.amsat.org/2011/12/17/from-oscar-1-to-mars-and-beyond/

Hackers and Makers in AMSAT-UK are building the amateur radio satellite FUNcube.
AMSAT-UK publishes a colour A4 newsletter, OSCAR News, which is full of Amateur Satellite information.
Free sample issue at http://www.uk.amsat.org/on_193_final.pdf
Join online at http://tinyurl.com/JoinAMSAT-UK