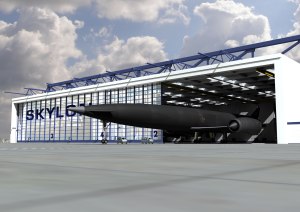 A space.com article reports a spaceport in the United Kingdom may be possible by 2018.

Pending a regulatory report to be published this July and a technical feasibility study that is underway with the country’s National Space Technology Programme (NSTP), it is possible that the country could host a spaceport within the next five years.

A new National Space Flight Coordination Group, chaired by the U.K. Space Agency, will oversee these reports and the future work for this U.K. spaceport. Government officials hope this will be the start of commercial spaceflight for the country.

Rob Coppinger reports the United Kingdom’s first Spaceport could be at Lossiemouth, which is already home to one of the largest Royal Air Force (RAF) bases in the country.

At 57.7°N Lossiemouth would be the most northerly Commercial Spaceport in the World. Lossiemouth is slightly further North than the Kodiak spaceport in Alaska which is at 57.4°N.

Read the article at
http://www.space.com/26076-united-kingdom-commercial-spaceflight-spaceport-2018.html