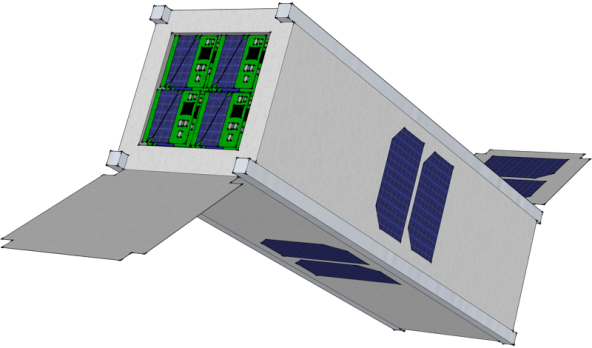 END_OF_DOCUMENT_TOKEN_TO_BE_REPLACED

Zac Manchester KD2BHC is an engineer at Cornell University in the Space Systems Design Studio who has created the Sprite – a “cracker-sized” satellite that changes the dynamics of the economics and thus the accessibility of spacecraft by several orders of magnitude.

KickSat – a personal spacecraft of your own in space http://www.uk.amsat.org/2164

Would you like to have your own spacecraft in space?

I’m Zac Manchester KD2BHC, a graduate student in Aerospace Engineering at Cornell University. Over the last several years a few collaborators and I have designed, built, and tested a very tiny and inexpensive spacecraft called Sprite that can be built and launched into low Earth orbit for just a few hundred dollars each!

END_OF_DOCUMENT_TOKEN_TO_BE_REPLACED

The website KickSat.org has been launched to give hundreds of people the opportunity to sponsor a small spacecraft they can call their own that will be launched into space.

KickSat.org is a spare time project run by Zac Manchester KD2BHC, an aerospace engineering graduate student at Cornell University, to launch a CubeSat filled with hundreds of Sprite ChipSat proof of concept spacecraft that he has developed into low earth orbit to demonstrate their viability. He needs to raise at least $30,000 to do the mission and has launched a public appeal to help raise the funds for the project via KickSat.org and the KickStarter creative project funding website.

Donors who donate $300 or more will be able to call one of the Sprite spacecraft their own, name it and specify a short message that it will transmit. Groups and clubs can sponsor small fleets of Sprites. The transmissions of the small spacecraft will be able to be received by amateur radio operators around the world with the appropriate equipment including members of the GENSO network.

Zac is doing the project because he is passionate about the democratisation of space exploration and hopes that by encouraging members of the public to be involved in hands on space research many more, and more ambitious, missions might be possible in future.

Daily Mail newspaper – Your own personal Sputnik: Launch a satellite and beam signals from orbit for just $300
http://www.dailymail.co.uk/sciencetech/article-2047555/Kicksat-Sputnik-Launch-satellite-beam-signals-orbit-300.html