All members of the FUNcube development team (except Gerard Albers, who has had to stay Holland) are now assembled at National Radio Centre at Bletchley Park ready for the launch early tomorrow morning.

We have spent the day adding satellite equipment to the existing excellent demonstration station. As part of our testing, we made a couple of QSOs via VO-52, one with UR3CTB and another with OH5LK. Earlier in the day, we also confirmed that we could receive signals from a low elevation pass of the same satellite. So we are poised for an early start tomorrow morning.

The launch of FUNcube-1 is planned for Thursday, November 20 at 07:10:11 UT on a Dnepr from Dombarovsky near Yasny in the Russian Federation.

A live video stream from the Bletchley Park station is at http://batc.tv/streams/funcube1

CPUT in South Africa have said there will be live TV coverage of the launch at http://live.cput.ac.za/live.html 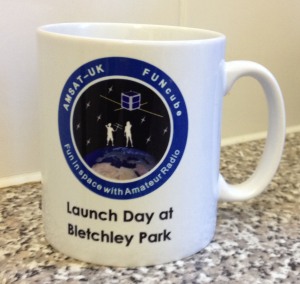 Forum for Question and Answers on FUNcube Satellite and Dashboard App
https://amsat-uk.org/funcube/yahoo-group/