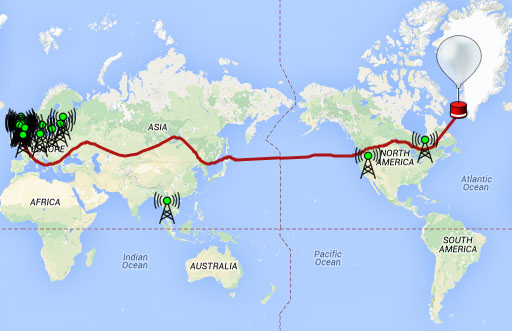 The 434 MHz solar powered balloon B-64, launched by radio amateur Leo Bodnar M0XER, is approaching the UK at the end of a record breaking journey around the world. 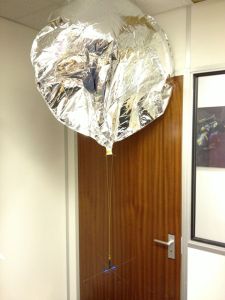 Leo launched his balloon from Silverstone in the UK on July 12, 2014. It traveled east across Asia, the Pacific and the Americas and is expected to complete the final transatlantic crossing arriving over Cornwall on July 31 or August 1. It is then likely to continue eastwards into Europe.

Radio amateurs and listeners should be able to receive B-64’s Contestia 64/1000 signal on 434.500 MHz USB with the usual pips. When it is over the UK it will alternate the Contestia tranmission with APRS also on 434.500 MHz running 10 mW output.

During the circumnavigation of the northern hemisphere B-64 has traveled over 25,000 km across some of the most remote terrain in the planet.