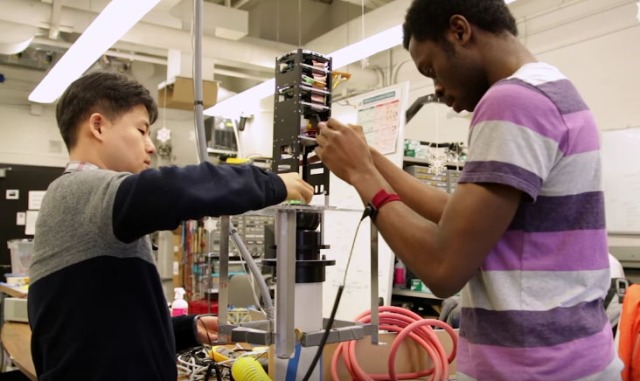 Prince Kuevor who worked on the CADRE CubeSat features in a video from the University of Michigan Aerospace Engineering Department.

The CADRE 3U CubeSat, developed by the students at the University of Michigan, was launched to the ISS on December 6, 2015 and should be deployed from the space station soon, possibly mid-May. It carries an instrument package developed by the Naval Research Lab, WINCS, which will characterize neutral winds and ion drifts in the ionosphere/ thermosphere. The IARU lists the downlinks as 437.485 MHz and 3404.0 MHz.

What is it like to be an aerospace engineering student at the University of Michigan? Step into the life of senior Prince Kuevor, who, in addition to his coursework, writes software for CADRE, a small satellite designed by his student team. In the future, Prince hopes to become a professor and teach the next generation of aerospace engineers.