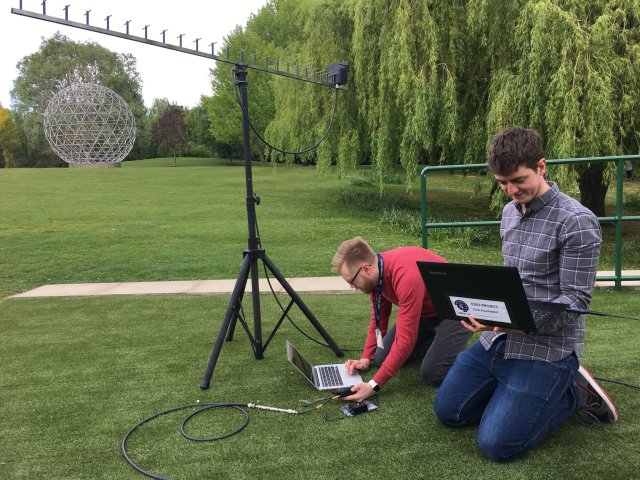 Over the weekend of April 22-23, 2017, AMSAT-UK members met at the Surrey Space Centre to conduct some final testing of the command uplink on the Engineering Model of their payload which will launch on the European Space Agency ESEO mission.

The payload, which will transmit 1k2 and 4k8 BPSK telemetry on 145.895 MHz, was set up in the Arthur C Clarke building, with the AMSAT-UK team sending commands on L-band (1260 MHz) from some distance away in the university grounds.  A large string of attenuators simulated the path loss to low Earth orbit, while the VHF telemetry confirmed the level of signal received at the ‘spacecraft antenna’ and that the commands had been executed correctly.

With the lab and range testing declared a success, work now begins on constructing the Flight Model hardware. This is due for delivery by the middle of the summer so that it can be integrated into the 50 kg microsat. ESEO is expected to be launched late this year or in the first quarter of 2018.