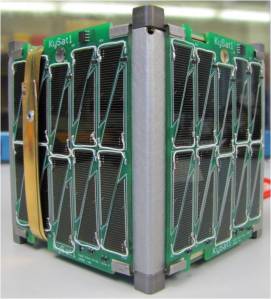 We really appreciate everyone using our ground station software to decode KySat-2 packets!  We are continuing to take suggestions and made several more bug fixes, and the third version of this software is now available for download!

Our changelog is included in the download, and also copied below.  Again, we appreciate all who have helped us gather telemetry from our satellite, and please continue to do so!  Email us with any bugs or suggestions for improvements and we’ll be sure to work on it!

– “Share” button to automatically email us our log files, along with counters showing how many beacons you’ve shared
– Custom COM port selection in case your created COM port doesn’t show up in our list
– Drag and dockable tabs
– Packaged into single executable file

These changes will enable further customization on your part, and the automatic sharing will put the data into a format our automated scripts can handle to generate our running telemetry tables. I know that the ping functionality is still disabled, but we are pushing through further subsystem checkout that will allow us to enable this and other functionality for you!

We appreciate any and all support! 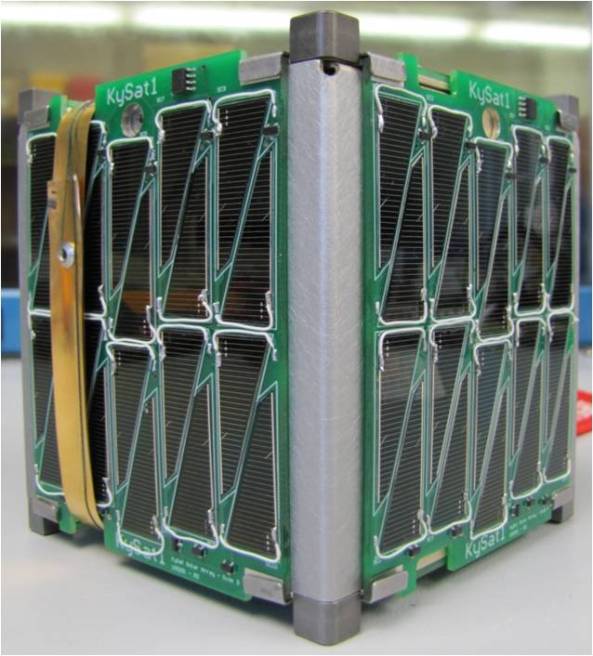 KySat-2 (K2) is a 1U CubeSat to fulfill the education and public outreach mission of the original KySat-1 CubeSat that was lost during a launch vehicle failure of ELaNa I and accompanying NASA GLORY mission. It has the call sign KK4AJJ and plans to launch along with over a dozen other CubeSats carrying amateur radio payloads on a Minotaur-1 from Wallops Island no earlier than November 20, 2013.

With the same motivation as KySat-1 K2 will include upgraded components and best practices that have been developed within the institutions in charge of designing, building, and operating the spacecraft in orbit. These institutions are:
• Kentucky Space LLC: Mission Management
• Morehead State University (MSU): Communications, power systems
• University of Kentucky (UK): On board computer, imaging payload

Once in orbit the spacecraft will transmit in the amateur UHF band and beacon using the AX.25 protocol to portable ground stations already developed by MSU for outreach in K-12 grades. Those using the mobile ground stations will only be able to listen for beacons if fully licensed. It has a 1 watt downlink on 437.405 MHz (AstroDev Lithium Li-1) that will transmit 9600 bps FSK AX.25 with a beacon period of 15-45 seconds. The call sign used will be KK4AJJ.

The expected telemetry on the beacon expects to include basic spacecraft health (batt voltages, solar cell temperatures) which will be tied in with lesson plans being developed jointly by Kentucky Space. Larger data sets will be transmitted on the UHF band including measurements of attitude control with the included 3 axis accelerometers and gyroscopes that are included on the spacecraft.

The main payload of the spacecraft will be what is being called by the development team as a “stellar gyro”. This imaging system will serve two purposes:
1. The imager will take successive images when looking at star field to run algorithms to determine the spacecrafts relative attitude, role rate, and perhaps other measurements that can be back out from the relative movement of stars taken by the spacecraft.
2. Capable of taking images of the earth to sublimit the education and public outreach part of the mission. These images will be downloaded at MSU & UK ground stations and posted on the mission website for users and educations.

KySat-2 (K2) is a 1U CubeSat to fulfill the education and public outreach mission of the original KySat-1 CubeSat that was lost during a launch vehicle failure of ELaNa I and accompanying NASA GLORY mission.