The femtosatellite POCKET-PUCP measures just 8.35 by 4.95 by 1.55 cm and has a 10 mW 12 wpm CW (On-Off-Keying OOK) beacon on 437.200 MHz. The team at the Pontificia Universidad Católica del Perú would welcome any reception reports. 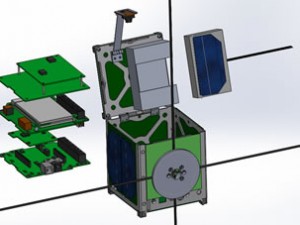 On Wednesday December 4 we detected our satellite PUCP-SAT-1 (launched from Dnepr RS-20/UNISAT-5).

We think it is one of the following objects:

Which are very close to each other and we can not resolve which one it is. 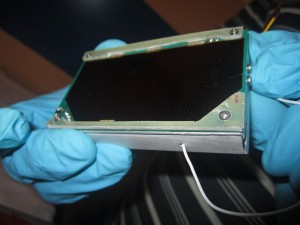 We got our packet beacon at 145.840 MHz with packets stays 20 seconds, so, it is undoubtedly our beacon, we know that PUCP-SAT-1 is alive, healthy, it has been recharging its batteries okay.

On Friday, December 6, as planned, the POCKET-PUCP (femtosatellite) was released around 0800 UT, we are looking for its 437.200 MHz transmission at 12 wpm. 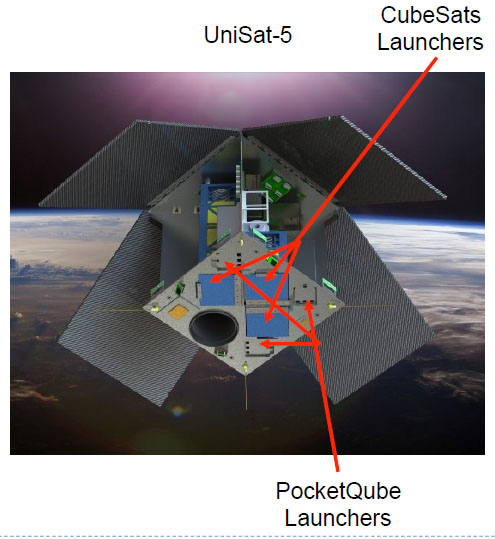