In June 2022, Her Majesty The Queen becomes the first British Monarch to celebrate a Platinum Jubilee after 70 years of service.

AMSAT-UK has decided to send a special Platinum Jubilee greetings message via FUNcube-1 (AO-73). Anyone who receives this message and uploads it to the Data Warehouse using the Dashboard can generate a certificate to remember this historic event.

AO-73/FUNcube-1 is transmitting the Jubilee Fitter message on the BPSK Telemetry beacon which has a nominal frequency of 145.935 MHz +/ Doppler.

There are presently three FUNcube based missions in orbit – currently all of them have active, linear U/V transponders. The current status of each of these can always be checked on the useful AMSAT-NA status page https://www.amsat.org/status/ and an update on each of them is provided below. Please have FUN using them!

AO73 – FUNcube1. As previously reported AO73 appears to be experiencing some power issues after 8+years in orbit.

The battery is not charging to the same voltage as it did up to early November last year. The spacecraft has experienced many months of continuous sunlight over the past couple of years and this has resulted in high (around +30C) onboard temperatures. This environment may have “cooked” the cells although presently we do not see any direct evidence of this.

We can see that the stable bus voltage indicated at the end of charge is now much lower and depends on the current being taken by the on-board systems. The solar panel currents appear to be similar to those recorded soon after launch. The current best theory is that we are seeing the effect of some increased resistance in the supply circuit between the eps charging circuit and the battery. Although we do not have access to a fully detailed circuit diagram of the EPS we believe that there is an “ideal diode” in this line to prevent discharge of the battery back through the EPS circuitry. We understand that this is actually a MOSFET device and the suspicion is that this may now be showing signs of radiation damage.

So an operational mode has been selected that can be hopefully sustained for some time. From today AO73 is in continuous transponder mode and is available for use 24/7. Low power telemetry is also being transmitted and reports of the data are very welcome via the FUNcube Data Warehouse. Please remember that the uplink frequency varies with on board temperatures. A lower temperature means a higher frequency!

EO88 – Nayif-1. EO88 continues to perform nominally and is switching between high power telemetry for educational outreach when in sunlight and to its U/V transponder mode when in eclipse. It will soon celebrate its 5th birthday in space after launch on 15th February 2017.

JO97 – JY1Sat. JO97 suddenly stopped transmitting telemetry data on May 1st last year. The cause of this anomaly is unknown but fortunately the U/V transponder continues to operate continuously.

After some eight months in continuous sunlight, FUNcube-1 has now started to see some eclipses during each orbit.

The telemetry received has shown that the spacecraft continued to function perfectly during this period and the on board temperatures did not reach excessively high levels.

After this became clear, our next concern was the battery. Having been kept fully charged for this period, would it actually hold a charge and do its job when in eclipse?

After three weeks of increasing eclipse periods we can now see that indeed the Li battery appears to be ok and the bus voltage has not yet dropped below 8.1 volts.

So today we have changed the operating mode from high power telemetry educational mode to continuous amateur mode withe the transponder ON. The telemetry continues to be available, albeit at low power.

We will, of course, continue to carefully monitor the data but are planning to leave the spacecraft in this mode for at least the next week. Please enjoy using it!

As you will know, AO73/FUNcube-1 has been in full sunlight for over one month and has been transmitting continuously high power telemetry for most of that time. This has now been changed to full time amateur mode so the transponder is once again available. With the more stable on board temperatures being experienced, this means that the transponder frequencies are also now more stable. We expect to leave it in this mode for some weeks so that the team can determine whether or not the currents flowing from the solar panels are having any noticeable effect on the spin period.

The FUNcube-2 transponder on EO-88/UKube-1 continues to be in full time transponder mode. There are occasional breaks in service for a few seconds when the OBC reboots and the other onboard transmitter sends its CW beacon.

EO88/Nayif-1 continues to perform nominally with high power telemetry when in sunlight and amateur mode when in eclipse.

With their slightly different orbital characteristics it is useful that AO73 is now the early bird, EO88 comes over in the mid morning and UKube provides coverage in the afternoon.

We have been suffering from some network issues in relation to uploading the telemetry from the Dashboards to the Data Warehouse over the past couple of weeks. Apologies for this, but hopefully everything is now stable again. ie fingers are still crossed. Thank you for all the telemetry that you upload.

Like many other teams, we are presently waiting for the next Space-X launch from Vandenberg which is expected to be carrying a number of new amateur payloads, These will provide additional transponder and STEM capabilities for the amateur satellite service. Exciting times ahead.

The FUNcube Team will be giving a presentation on JY1Sat and FUNcube Next at the AMSAT-UK Colloquium, part of the RSGB Convention, at the Kents Park Conference Centre, Timbold Drive, Milton Keynes, MK7 6BZ. Colloquium presentations will be in Lecture Room 5. Download the programme schedule from
http://rsgb.org/main/about-us/rsgb-convention/rsgb-convention-programme/

Tickets to the event are available at the door details at
http://rsgb.org/main/about-us/rsgb-convention/

There will be a live stream of the Colloquium presentations at https://batc.org.uk/live/ 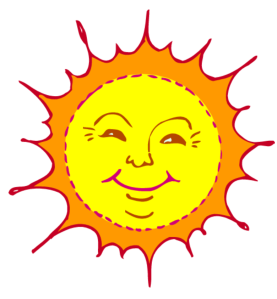 The time when AO-73 enters continuous sunlight, for the first time, is fast approaching. Current estimates show that this will commence on February 6th and last through until March 13th.

Obviously, the autonomous switching system that the spacecraft has been using to switch between amateur mode, with the transponder on in eclipse and educational mode with high power telemetry only in sunlight, will no longer work.

Already the periods of eclipse are reducing quite rapidly and we are therefore planning for manual mode switching to take be undertaken. This will start from the week beginning Jan 21st and will follow this initial plan.

So if you are planning school demonstrations or particular DXpeditions please take this new schedule into account.

The team may have to flex this plan with experience as this situation was not allowed for in the original mission plan! 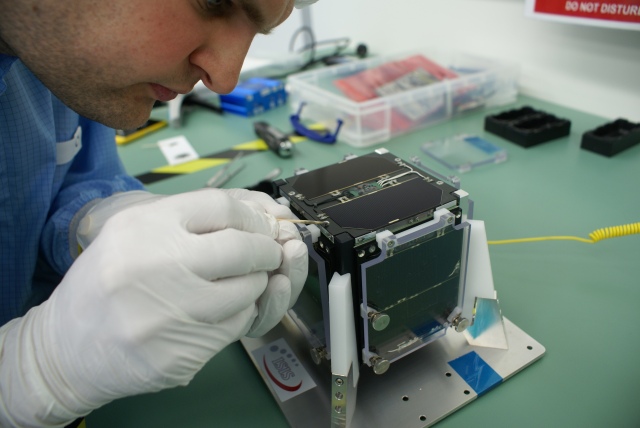 FUNcube-1 was launched at 07:10 UTC on November 21st 2013 and its first signals were received immediately after deployment over the Indian Ocean by amateurs in South Africa. Since then it has been operating continuously in either its education mode or, with the transponder active, in amateur mode when in eclipse and at weekends.

The spacecraft has spent the four years in space orbiting the earth at between 640 and 580 km and has now traveled around the earth more than 20,000 times. That represents a distance traveled of approaching 500 million miles.

Up to now, each of the orbits has been spilt approximately 65% in sunlight and 35% in eclipse. This has resulted in the temperatures inside the small spacecraft varying by about 25° C during each orbit.

During the recent AMSAT-UK Colloquium, Wouter Weggelaar, PA3WEG, in his presentation about the FUNcube project mentioned that the power available from the solar panels has been slowly increasing since launch. This observation led the team to do some further investigations as to the cause.

Although the launch was into a nominally Sun Synchronous orbit, over time this has drifted and the spacecraft is now entering a period when it will be in the sun for longer periods during each orbit. The exact details are still being determined, but it seems likely that, starting from January 2018, there will be periods when the spacecraft will be in the sun for all, or almost all, of its orbits.

This means that the on-board temperatures will be much higher than we have previously experienced in flight, although we have some test records from pre-flight thermal air testing that were undertaken after integration.

The key will be to discover what the equilibrium temperature will be internally. For comparison, AO85 has already “enjoyed” periods of full sun and its internal temperatures have reached up to around 55° C.

So the next few months will be quite an exciting time for the team! We remain extremely grateful to everyone is using the spacecraft for both its educational and amateur missions. Of course we are also very very grateful to those who are downloading the telemetry and uploading the data to the Data Warehouse. It continues to provide a unique record of “life on board” a 1U CubeSat in space.