Clyde Space have successfully completed Thermal Vacuum Testing, where the UKube-1 Flight Model was operated in a simulated space environment (i.e. no air and at temperature extremes)

UKube-1 the UK Space Agency’s (UKSA) first satellite has ‘booked’ its journey into space on a Russian Soyuz-2 rocket. The launch from Baikonur in Kazakhstan is expected to take place in the 3rd quarter of 2013. UKube-1 has also completed Thermal Vacuum Testing to verify the spacecraft operation in a simulated space environment.

UKube-1 will carry a set of AMSAT-UK FUNcube boards to provide a 435/145 MHz linear transponder and a 145.915 MHz BPSK telemetry beacon for educational outreach.

END_OF_DOCUMENT_TOKEN_TO_BE_REPLACED

UKube-1 – the UK Space Agency’s first CubeSat mission – has ‘booked’ its journey into space on a Russian Soyuz-2 rocket. The launch from the Baikonur Cosmodrone in Kazakhstan is expected to take place in March 2013.

END_OF_DOCUMENT_TOKEN_TO_BE_REPLACED 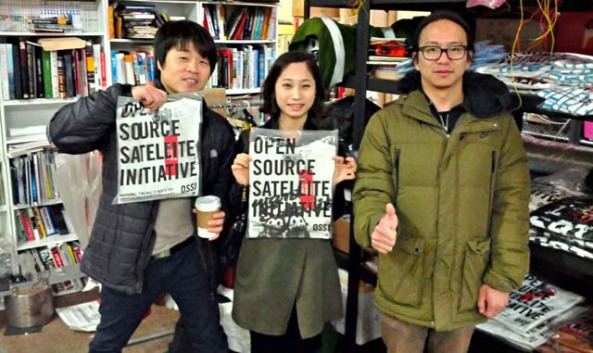 The amateur radio CubeSat OSSI is planned to launch in December according to an Antara News article. [UPDATE rocket launch has been delayed and may now be April 2013]

The article describes how Korean artist Hojun Song DS1SBO developed his own home made satellite and says radio operators will be able to communicate with the satellite. If all goes well, it will repeat a message in Morse code using its LED lights at a set time and location.

The DIY satellite OSSI is planned to launch on a Soyuz-2-1b from the Baikonur launch facility in Kazakhstan in December with the Bion-M 1 and Dove 2 satellites. (The Dove 2 CubeSat will transmit images on a 2.4 GHz downlink). The satellites will be placed into an orbit with an apogee of 575 km, perigee of 290 km and inclination of 64.9 degrees. They are expected to remain in orbit for about a year before burning up on re-entry into the Earth’s atmosphere.

The Times of India Artist makes satellite at home in just $500 http://timesofindia.indiatimes.com/tech/personal-tech/computing/Artist-makes-satellite-at-home-in-just-500/articleshow/15162830.cms

Hojun Song DS1SBO is a cutting-edge, tech-obsessed Korean artist breaking boundaries with his passion for telling stories through technology. He hopes to instill a sense of empowerment in the world, through the DIY nature and uplifting undertones in each of his works.

At univeristy he studied Electrical Engineering and Computer Science after which he started working on his art.

After years of research he has found that it is indeed possible to launch and operate a personal satellite at a fairly reasonable price. For the past six years he has been exploring ways to integrate the concept of a personal satellite project into cultural contexts and into his artistic practice.

Hojun Song’s first satellite OSSI will take off on a Soyuz rocket from Baikonour in Kazakhstan this August. He obtained his rocket launch through a new French launch brokerage company NovaNano http://www.novanano.com/. In this video he shares his story, his struggles and his plans.

The OSSI CubeSat should be delivered on May 31 in preperation for its launch on August 31. The team are working hard to finish building the satellite.